We’ve taken a look at a Ryzen 7 (16GB RAM, 512GB SSD) powered ThinkPad X13. The impressions which we’ve gathered are positive. This is among the most powerful 13.3” business laptops when we’ve posted this article - thanks to the processor boost (we’ve tested the 8-Cores model). The AX wifi, and 3 new keypad shortcuts (F9-F11) are the sideline changes, in addition to the Ryzen 4000 series processor (upto 8-Cores).

You can watch our latest video about the ThinkPad X13 here:

Well built and generally robust, are the first impressions from handling the ThinkPad X13. The hinge seems to be well made. The chassis takes a less rubberised form (than the popular ThinkPad T14). The lid does appear to attract the fingerprint marks easily (useful to keep a microfibre cloth nearby to clean it). 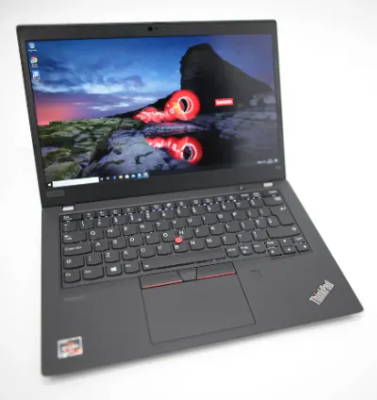 Performance
We’ve looked at the Ryzen 7 version of the laptop. The Ryzen 5 & eventually the Ryzen 3 will be the more budget friendly options. The AMD powered X13 is a noticeable upgrade in comparison to the previous gen ThinkPad X395.
Performance wise, in the Geekbench 5 test, the Ryzen 7 powered ThinkPad X13 appears to perform similarly to a larger ThinkPad T14 (with Ryzen 5). This is because the latter’s larger chassis enables for better cooling & thermal performance.
The ThinkPad X13 (AMD) still performs hugely impressively, when compared to the previous AMD powered X395 laptop. This performance difference is a reflection that a premium is paid in terms of the absolute performance by going with a smaller 13.3” chassis, over a larger T14 (not everyone will find it persuasive, to consider a larger laptop than 13.3”).
The Integrated Vega 7 GPU is reasonably performant, certainly a helpful uplift over the competing Intel options. That said, the Intel option will have a built-in Thunderbolt 3 port (which the AMD powered ThinkPad X13 lacks). This means that on an Intel powered ThinkPad X13 - one could potentially run a much faster external graphics card (if needed).
Obviously this is more an edge use case. It would nonetheless be useful if the next generation of the AMD Ryzen powered laptop, could have the support for similar technology to Thunderbolt 3. The laptop otherwise shares similar ports setup as the ThinkPad T14s; the microSD card slot is combined with the nano-Sims slot - so you’ll need to have an ejector tool to access it (an external card reader might be useful for the everyday).

The RAM on the X13 will generally be dual-channel. That said, it’s not upgradeable. Selecting either 8, 16 or 32GB at the purchase point, thus is required.
An idea for assessing the RAM size that you might need, is to look at what you have currently, if the workload you’ll intend to run might be more intensive (inc in the future), and how long you intend to keep the laptop.
Generally 8-16GB RAM remains the norm within deployed business laptops (portable). For more memory intensive workload, it will be beneficial to consider the 16/32GB option.

Among the options - the 300 nits FHD IPS screen might be the option that most buyers see (the matte coating makes it useful for the indoor / office use); the privacy display option will appeal to the customers who value data security (though the panel’s viewing angle is not quite as great as the normal FHD IPS panel. The touch FHD IPS option makes for a useful addition, where the touch input is valued (do keep in mind this display won’t have a hard glass coating, thus one should take care when using the touch functionality). The TN panel on offer, in the UK, is lower in the resolution & viewing angle.
Just to add: the 400nits FHD IPS low powered display option which is available on the T14/14s does not appear to be available on the X13; also whilst we see the 4 main options in the UK, the display panel options may vary, depending on where you’re based geographically speaking.

The ThinkPad key is great. The keyboard is smaller than the ThinkPad T14/T14s. If you’re used to a 12.5-13.3” ThinkPad, it will not be any different to what you’re already used to. However, if you do plan to frequently switch between the laptop & a full-sized keypad, you’ll be able to notice the difference each time you switch.
The trackpad works (with a reasonably responsive & accurate inputs) - in comparison to some of the contemporary consumer focused laptops (e.g. Dell XPS 9300), the ThinkPad X13’s trackpad will appear noticeably smaller. Some ThinkPad users may prefer the trackpoint, or an external mouse, regardless.
In some regions, the keypad backlight option might not be included by default, where that is the case, upgrading for this add-on - will be useful in getting the laptop to be more versatile for a range of settings. The FN/Control key placement might puzzle some users initially, however, this could be easily swapped in the BIOS / Lenovo Vantage app.

The speakers within the X13 are generally quite functional for everyday tasks. it’s not as excellent as the quad speaker setup on the premium ThinkPad X1 Carbon 7 / 8th Gen, in the bass level - one could always use headphone, or external speakers, as a quick upgrade.

The 48Wh battery - is marginally smaller than T14’s 50Wh & the 57Wh on the T14s - the latter two have bigger screens though, which will offset some of the difference.
When we’ve completed a medium workload battery test, the estimated result on our testing showed about 4.5 hours battery life*. This is somewhat decent (we’d prefer to give a more realistic idea of the battery - as result the medium workload may be heavier than what some other reviews might feature).. Generally on the X86 platforms with Windows, the battery will significantly vary, depending on how heavily you’re using it. We’d expect for this to increase moderately, if you were to do lighter work (e.g. switch off wifi, use the “best battery” mode); equally, if you were to run heavier workload (e.g. on the “Best Performance mode”, full brightness, CPU+GPU workload), then the battery may trend towards the 2-3 hours figure.
*This consists of the simultaneous workload of 5 news website tabs (auto-reloading every 20 seconds) + Spotify audio in the background & YouTube 1080 playback. No backlit keypad was switched on, mid brightness setting (Windows 10 Better Battery mode).

The availability of the X13/T14/T14s appear to be in flux shortly after the launch. This could be a mixture of demand driven factor, and a gradual ramping up of the supply by AMD. In some regions, the availability of some specific spec may be limited / have a long shipping time.
In terms of the timeline, in early Sept - Intel is expected to announce more details around their next generation processor, code named “Tiger Lake”. If there is an allowance to wait, it might be sensible to see what Intel might have on their side. Current indication suggests a processor that’s around 10-20% faster than the Ice-Lake in the CPU workload & a significant boost in the integrated graphics. 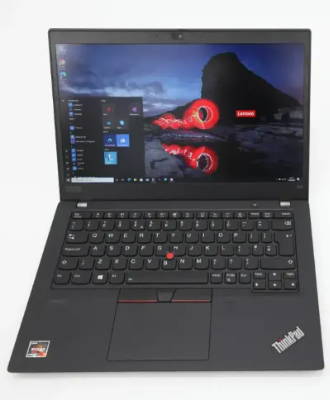 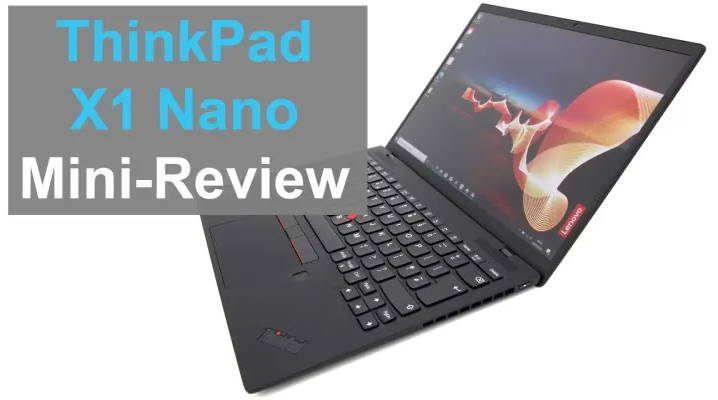 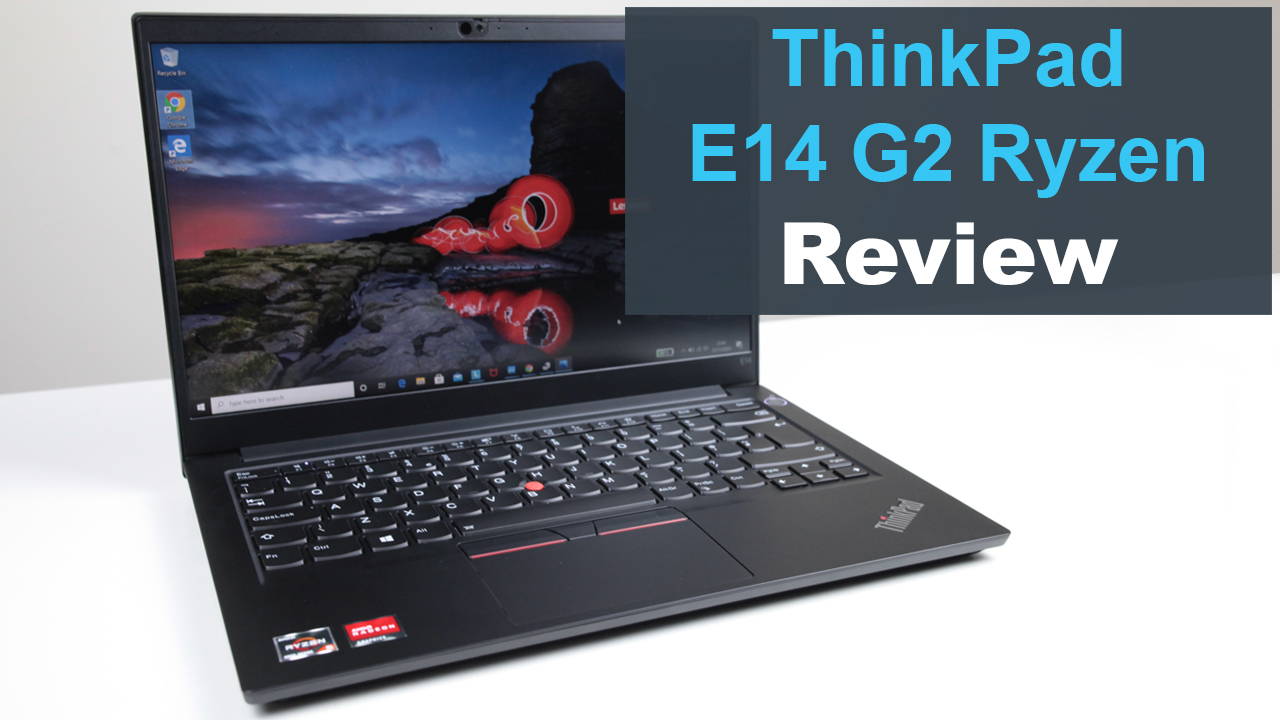 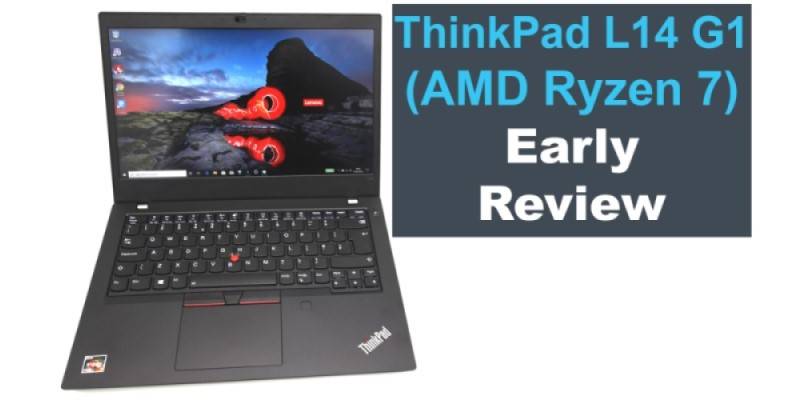